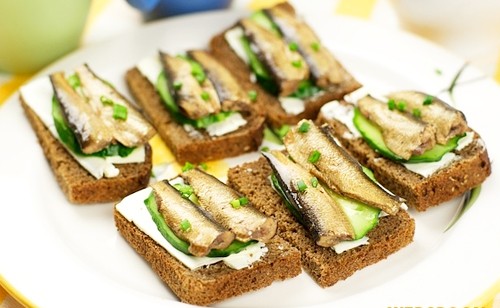 What could be simpler and more brilliant than sandwiches with sprats? Quick to prepare, tasty, appetizing, beautiful - it's a great snack option for any occasion.

Surely you've noticed, and even ate with pleasure on holidays this snack - sandwiches with sprats are preparing for the holiday table, many housewives. This dish is democratic in value, but with a bright taste and beautiful appearance, properly arrange, so it is so popular.

Make sandwiches with sprats a variety of ways, and many housewives, for sure, has its own recipe with some tricks. We will talk about the classic recipe for preparing such sandwiches. 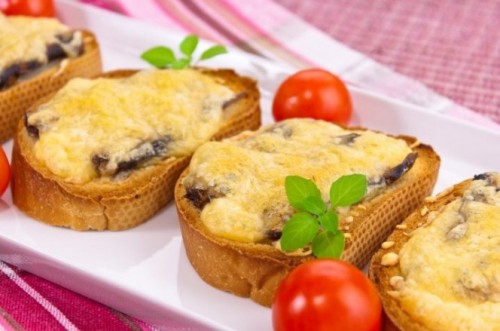 How to cook sandwiches with sprats. Cut the bread slices on 1cm thick. On a fine grater rub cheese. Lay out the bread slices in a baking dish, put on every 2-3 sprats, sprinkle thickly with grated cheese, put the form of sandwiches in the oven and bake them 10-15min or longer to melt the cheese and browning in a preheated 180 degree oven. Feeding, sprinkle with herbs sandwiches.

Very often, such a formulation is added tomato sandwiches he cut into thin circles and spread on bread before the fish - the first layer. Cheese can not rub, but also cut into thin plastic and just put on top. Also, often the bread smeared with a little oil from the sprat that he did not get too dry, the same oil can grease the bottom of a baking dish to the bottom and bread prizharivalsya and not dehumidified.

There are many recipes for sandwiches with sprats - with mayonnaise, pickles, boiled eggs, etc. We talked about one of the simplest and easiest options for a snack, and one look at videoretsepte.