How to cook the most delicious porridge

recipes → Hot → How to cook the most delicious porridge 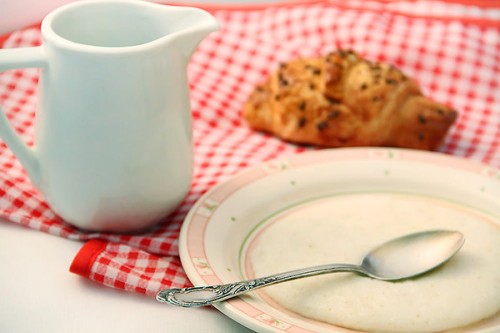 Semolina - is another dish from my childhood, probably, every citizen of our country. However, the love of this mess developed only for those children whose mothers or grandmothers knew how to cook this delicious gruel, that is, without lumps and other unpleasant phenomena. If you cook porridge right, she just can not not like it!

Semolina since ancient times is one of the most popular Russian dishes. It is possible to prepare for breakfast or lunch, and due to its nutritional energize it, and thanks to the wonderful taste properties - will give the most pleasant dining experience.

We all know that this cook gruel made with milk, but it is - is not the only option. But, however, first things first: first, let's learn how to cook delicious, classic semolina.

How to cook delicious porridge with milk

In the preparation of semolina, as well as many other cereals, the experience - the main guarantee of goodies dishes. What if no such experience? Listen to the recommendations of experienced chefs and comply with the general rules of cooking delicious semolina:

If preparing porridge, you consider all of the recommendations will necessarily appetizing porridge without lumps and very tasty. And to make it even tastier you can add to mush favorite berries or fruits. 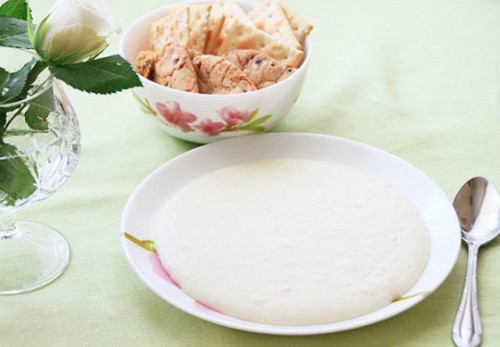 How to cook a classic semolina. Pour the liquid into the pot, add a little water first if the porridge is brewed only in milk. Bring the liquid to a boil, and season with salt the sugar gradually slowly pour cereal, vigorously stirring the porridge. Bring to a boil porridge, reduce the heat to minimum, boil for 5 minutes with constant stirring. Putting cereal in a bowl, fill it with oil.

If you want to experiment, you can not cook semolina with milk, and condensed milk diluted with water. The proportions of water and condensed milk should be such that the porridge has not turned out too sweet - decide on your taste. And as a sweetener porridge can be used not only sugar - come up and jam, and dried fruits and raisins. Put jam or dried fruit to taste, the last pre-need or pour boiling water rinse and dry.

Very interesting turns semolina, tucked a small amount of vanilla and lemon zest, it should be a little longer to boil - for consistency it should be similar to the cream. 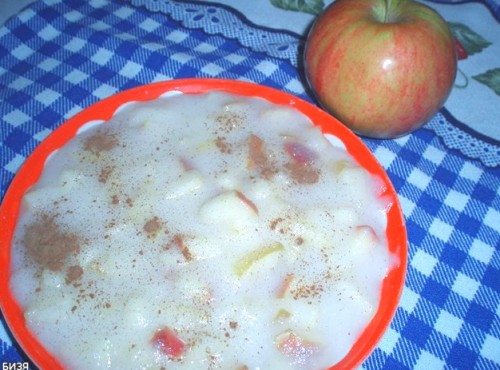 How to cook apple porridge. Pour the juice into a saucepan, bring to a boil, stirring constantly, pour a thin stream of semolina, then add the washed raisins, lemon zest, sugar and boil until tender. Drive into the prepared pudding egg and mix. Served apple semolina in hot or cold, dressed with butter.

Of course, further strengthen the "apple" can be a porridge by adding a sliced apple. Well, if you want berries semolina, then cook it can and cranberry juice.

How to cook porridge in the berry juice. Rinse berries, crush, squeeze the juice, add water pomace, boil, drain the broth, add a pinch of salt in it and sugar, bring to a boil. Semolina berry juice diluted so as to avoid lumps, pour the mixture into the boiling broth, cook a thick porridge. Ready porridge laid out in a greased form, cooled, cut into portions and served with cream.

The same method can be cooked porridge on red or black currants or other acidic berries.

Semolina - is fast, easy and delicious, and you'll see it, cook it according to our recipes!