How to prepare adjika different peoples 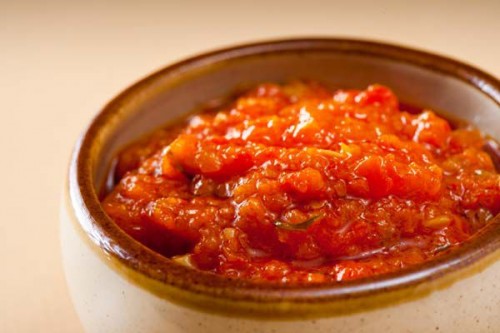 Preparation adzhika - a simple task, especially since there are so many of her recipes, among which we can always choose the one that is more to your liking. In this article we will discuss how to prepare this seasoning is loved in many countries, different nations.

Adjika was originally invented, is believed to be in Abkhazia, where this tidbit of anything unlike seasoning spread to neighboring countries. Acute, increases appetite, tasty, but not everyone is "too tough" it has become one of the most popular spices, and began to use it in kitchens around the world. Of course, this led to the logical consequences - there are many recipes adzhika specific to certain countries. About these recipes will be discussed. 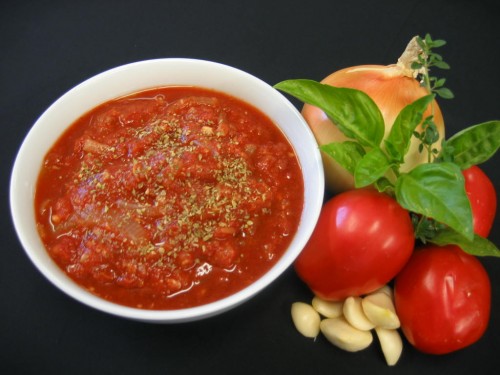 How to cook adjika in Bulgarian. In a meat grinder to grind all the vegetables, remove seeds and peduncle peppers. Salt the mixture, add the crushed aspirin - it will not give seasoning roam. Adjika stand at room temperature for 1-2 weeks. The more sour taste I want to get, the longer it should withstand the seasoning.

How to cook Caucasian adjika. Peel the garlic and hot pepper, together with coriander and dill twist in a meat grinder, add the vinegar and salt, expanded in sterilized jars and roll. 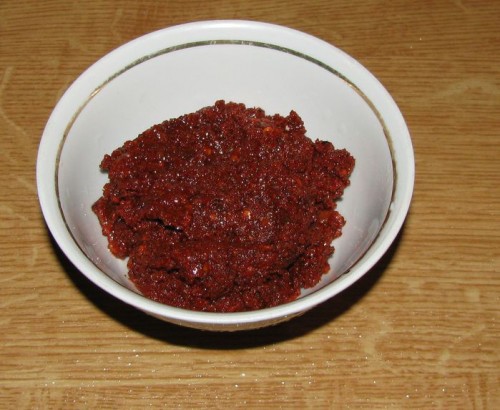 How to cook red adjika Georgian. Pour hot peppers to 1 hour in cold water, then with the hops-suneli, coriander, nuts, garlic kink in a meat grinder, add the cinnamon and salt, mix well. 2-3 times twist mixture grinder with a fine grid. Decomposed adjika on jars and stored at any temperature, cover, otherwise it dries.

How to cook adjika Armenian. Clear garlic, pepper remove the stalk and seeds. Twist pepper and garlic with tomatoes in a meat grinder, salt the, put in an enamel bowl and leave for 10-15 days to ferment, every day several times its stirring.

How to cook adjika in Krasnodar. Tomatoes remove seeds and skin, scalded with boiling water. Sweet peppers are also peel and seeds. Eggplant peel and cut into large, fry in a dry frying pan. Hot peppers cut lengthwise, remove the seeds, garlic, peel and cut along each clove, remove the core. Twist in a meat grinder all the vegetables, chop or blender, mix and put in a saucepan, over medium heat, boil for 20 minutes, then salt the season with spices for adzhika, fill with oil and vinegar, remove from heat, add the dill and cool adjika.

Cook adjika on the proposed recipes and try different variations of it, among which there must exist one or more that will come to you to taste the most!