Pies - the most delicious cakes to your table

recipes → Hot → Pies - the most delicious cakes to your table 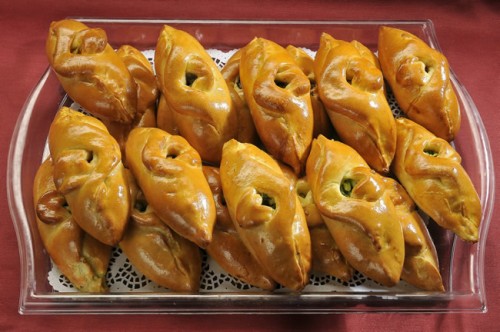 Pies pies is a very popular traditional Russian dish. Having prepared such delicious pies, any cook will get a lot of compliments, make it simple, and we will tell you how.

It is believed that its name these pies received because of the main features is seen from the test toppings, like pie "unbuttoned". According to another version pies so called due to the fact that they were filed in that, as known at the time the Gypsy Stesha was performed by one of the hits of the early 19th century song "Sarafan-rasstegaychik". Whatever it was, these cakes because of their shape really seem to be undone, as though demonstrating to all its delicious stuffing. Thus, the pies are called pies with hole on top, and cook them made drogowego wheat non-short test.

The pies were very popular in Imperial Russia, and today they remain one of the most often brewed kinds of pies. They are made with meat, fish, chicken, greens, cabbage and eggs, pumpkin, mushrooms, etc.

Fish as a filling for pies are best suitable for almost any fish, but especially tasty pies with trout, salmon, sturgeon, salmon, sardines, herring. Often the fish is combined with rice, greens, eggs, and even buckwheat. In principle, the filling for pies, as for pies and many other cakes and pies can safely experiment, unshakable is the only recipe of dough.

How to prepare dough for pies

First, dissolve the yeast in warm water, add sugar and 1 tablespoon of flour, stir and leave the dough for half an hour. Sift the flour several times, then pour it into create the dough, pour unheated melted butter, lightly beaten egg and salt, knead homogeneous dough, cover it with a cloth and let it rise for 2-3 hours, after raising the dough lightly knead, leave for another hour, then lightly knead.

The test preparation is not difficult, but it is important to observe all stages. After the last kneading the dough immediately unrolled a thick plait, is divided into 15-18 identical pieces, each rolled into a ball, then they need to proof for 15 minutes to leave. Next, form round cakes not more than 0.5 cm thick.

The final stage on the cake rectangle laid out the filling, the edges of the sides and raise sexyplay, leaving open the middle pies.

As you can see, cooking pies easily mastered any even a novice cook, you just need to allocate for making these wonderful pies. Well, we will tell you about the most popular recipes of pies. 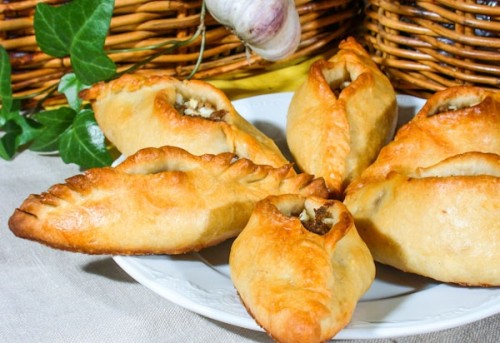 How to cook pies with meat. The dough for this recipe should take as much as indicated above in the description of the dough. Knead the dough and leave it for putting up. Meat cut in a meat grinder, put chopped boiled egg, pepper and salt. Put the prepared filling on the rolled in bread dough, molded pies, put on a greased baking sheet 5 inches from each other, leave on for 15 minutes, coat with egg, bake for about 15-20 minutes in a preheated 200 degree oven until ready. The finished pies to get cover with a clean towel and leave for a few minutes, then into the hole of each Patty to put a piece of butter and pour in 1 tbsp of hot beef broth.

The pies recipe with salmon or salmon 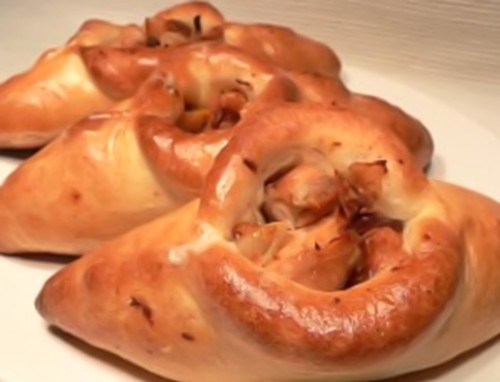 How to make pies. Heat the milk, dissolve the sugar with yeast, to insist 30 minutes, add salt, flour, knead the dough, add the melted butter, eggs, stir well shaped non-sticky dough, cover it for 2 hours to keep warm, 2 times to press down during this time. Fish finely chop, chop finely onion, salt it, and mash with a spoon, put the fish and pepper, stir, put into the cold. From the dough roll into 12 balls and roll them in bread, in the center put 1 tablespoon of filling to shape the pies, by pinching pastry edges together the edge of 2 cm at the top and bottom, leaving the middle open pies. Put the cakes at least 3 cm apart on a greased sheet, leave on for half an hour, then coat with egg and place in a preheated 200-220 degree oven and bake until tender, about 20 minutes

How to choose a meat grinder. We'll show you.